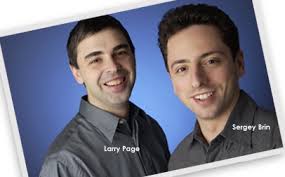 google founders Larry Page and Sergey Brin.  They had been friends since childhood but when asked if it was the fact that their parents were both university professors being the reason for their success they said no, that it was their going to a Montessori preschool where they learned to be self directed and self starters.  They said that Montessori education allowed them to learn to think for themselves and gave them freedom to pursue their own interests, they credit their success to attending a Montessori preschool that taught them to think outside the box.

Taylor Swift, Grammy Award-winning singer/songwriter, a country music’s youngest-ever entertainer of the year, attended Alvernia Montessori School in Berks County Pa.  She is widely described as “The product of homegrown values”; New York Times calls her “one of pop’s finest songwriters, country music’s foremost pragmatist, and more in touch with her inner life than most adults”. 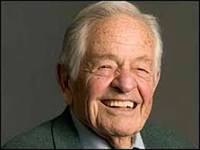 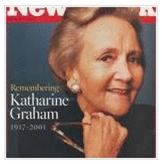 Katharine Meyer Graham, Pulitzer prize-winning author, an American publisher. She led her family’s newspaper, The Washington Post, for more than two decades, overseeing its most famous period.  She commented “The Montessori Method, learning by doing once again became my stock in trade.” 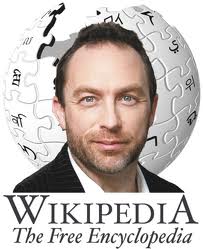 Jimmy Donal Wales is an internet entrepreneur the co-founder of Wikipedia, a non-profit online encyclopedia that runs with an open management style. Times magazine named him in their list of ‘The 100 Most Influential People in the World’ in 2006. He accredits the Montessori Method of his schools education that was to spend a lot of time reading the Britannica’s and the World Book Encyclopedias.

Dakota Fanning, youngest-ever Screen Actors Award nominee, history’s younger Academy member, recalls: ” I learned to read at two…in a Montessori school where they teach you to read really really young.”  Montessori kids are not technically taught to read (reading skills just emerge in the right environment, we think) but they work at their own pace in age-diverse groups-not in curriculum-dictated lockstep with same-age peers.  For Fanning, autonomy led to early achievement throughout her life. 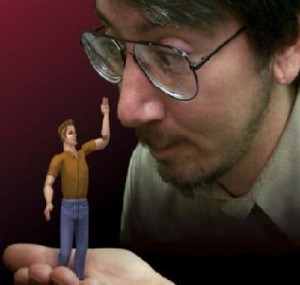 Will Wright, original designer of the groundbreaking games SimCity, the Sims and Spore, Wright stated he had been inspired to create certain elements of SimCity from his experiences in his Montessori school. “Montessori taught me the joy of discovery…It showed you can become interested in pretty complex theories, like Pythagorean theory, say, by playing with blocks. It’s all about learning on your terms, rather than a teacher explaining stuff to you. SimCity comes right out of Montessori—if you give people this model for building cities, they will abstract from it principles of urban design.” 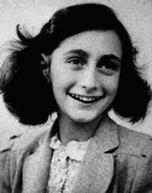 Anne Frank, famous child diarist from World War Two.  She is remembered around the world for her diary Het Achterhuis which speaks about her adolescence in German occupied Amsterdam in World War Two.  The diary describes the impact of Nazi-anti-semitism on Jewish and Dutch Communities.  Anne was born to an upper class Jewish family in Frankfurt before moving to Amsterdam.  Her family selected a small Montessori school for Anne to attend where she was remembered as an ordinary student but with the ability to draw more from her experiences than the average student-a typical Montessorian characteristic. 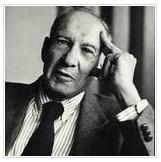 Peter Drucker, “the Father of Modern Management”, an author, management consultant.  His work focuses on human relationships as opposed to number-crunching.

Joshua Bell, an American Grammy Award-winning violinist and conductor, subject of a Pulitzer prize-winning media story.  “It is Bell’s humility, not his virtuosity, that most inspires.  In suspending his fame to explore the true meaning of his work, Bell exhibits Montessori thinking at its best”. 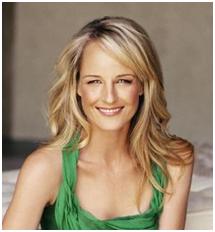 Helen Hunt, the winner of some big time honours (Oscar, Emmy, and Golden Globe all one year 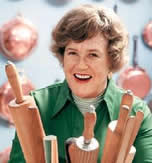 Julia Child, the first TV chef, she credits her Montessori expereince with her loving work with her hands.  Julia Child exemplifies creativity, initiative and self-confidence. 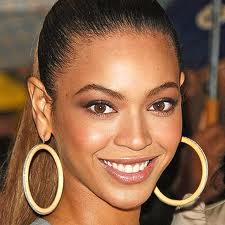 Beyonce Knowles, singer, songwriter, actress and fashion designer, 16-time Grammy award-winner.  In Houston, at St. Mary of the Purification Montessori, Beyonce’s talents first emerged.  In a school that valued both art and academic, a top student and world-class performer was born. 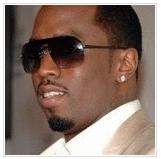 Jeff Bezos, founder of Amazon.com, who proudly cites his Montessori roots, is a study in contradictions: analytical and intuitive, careful and audacious, playful and determined.  Critics note his extraodinary ability to learn from others, one hallmark of Montessori education.

Alice Louise Waters is an American chef, restaurateur, activist, and author. She is the owner of Chez Panisse, a Berkeley, California restaurant famous for its organic, locally-grown ingredients and for pioneering California cuisine.
“I was 22 years old when I first trained to be a Montessori teacher, and Maria Montessori’s philosophy has remained vital to me all my life: Children learn best through experience. The senses are the pathways to our minds—and when a child’s senses are activated, knowledge floods in.

“I had this interactive pedagogy in my heart when I started the Edible Schoolyard program, which creates organic garden- and kitchen-classrooms in urban public schools. When students come into the garden-classroom for their math class, they are measuring the vegetable beds—they are doing math by osmosis, effortlessly absorbing their lessons. This is the beauty of a sensory education—which is, at its core, a Montessori education: the way all the doors into your mind are thrown wide open at once.” 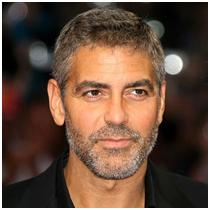 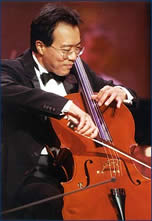 Yo Yo Ma, one of the most sought after cellist of our times.  United Nations Peace Ambassador, winner of 15 Grammy Awards, Presidential Medal of Freedom & National Medal of the Arts.  As a preschooler, his daughter Emily attended the Lexington Montessori School.  He said in an interview with Montessori Life magazine that “Structure is an absolutely important part of the creative life, and Emily got this from her Montessori experience.” 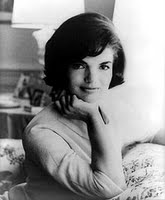 Jacqueline Kennedy, former First Lady.  As a child, she attended Miss Chapin’s School for Girls in Manhattan.  Miss Chapin was a pioneer in education for girls;  she attened Dr Montessori’s New York lectures in the 1930s and enthusiastically included Montessori methods in her classrooms. 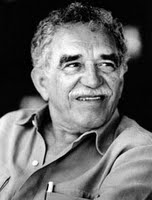 Gabriel Garcia Marquez, the Columbian author who won a Nobel Prize for his book “One Hundred Years of Solitude”.  He was sent to a Montessori school and is an avid supporter of the philosophy.  He stated,”I don’t believe there is a method better than Montessori for making children sensitive to the beauties of the world and awakening their curiosity regarding the secrets of life.” 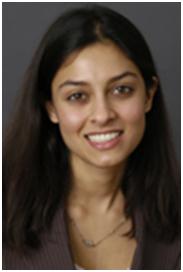 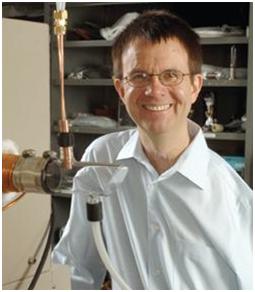 Eric Allin Cornell, an American physicist who, along with Carl E. Wieman, was able to synthesize the first Bose–Einstein condensate in 1995. For their efforts, Cornell, Wieman, and Wolfgang Ketterle shared the Nobel Prize in Physics in 2001. 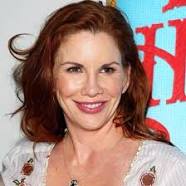 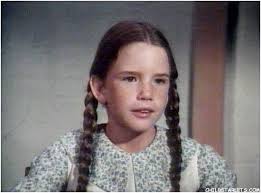 Melissa Ellen Gilbert (born May 8, 1964) is an American actress and television director. Gilbert began her career as a child actress in the late 1960s appearing in numerous commercials and guest starring roles on television. From 1974 to 1984, she starred as Laura Ingalls Wilder on the NBC series Little House on the Prairie. During the run of Little House, Gilbert appeared in several popular television films, including The Diary of Anne Frank and The Miracle Worker. 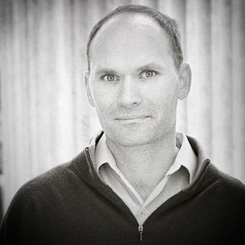 Anthony Doerr, internationally-acclaimed American author was once a Montessori student of Post Oak’s Head of School, John Long.  The sense of wonder that infuses his luminous, precisely crafted prose is evidence of the gifts, and the love of nature, that were nurtured in him from childhood. 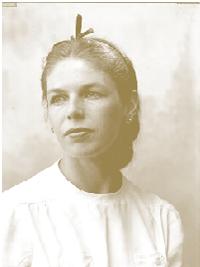 Virginia Lee Burton, talented author and illustrator of some of the most enduring books ever written for children.  Daughter of Dean Burton, the first dean of the Massachusetts Institute of Technology, who converted his barn into a Montessori school.  She was the author of Mike Mulligan and His Steam Shovel, which was first published in 1939.  She was the winner of the 1942 Caldecott Medal for The Little House. 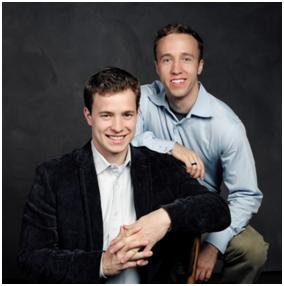 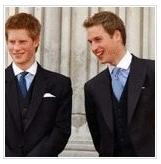 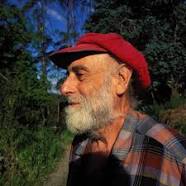 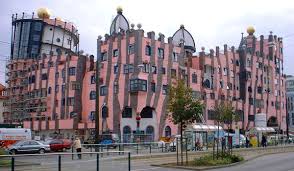 Friedensreich Regentag Dunkelbunt Hundertwasser was an Austrian artist. Born Friedrich Stowasser in Vienna, he became one of the best-known contemporary Austrian artists,
From 1936 to 1937 Hundertwasser (hundred water) attended Montessori School in Vienna, a learning experience to which he would later credit the choice of color in his paintings.  As a mature artist he professed an intense dislike for all art theory, including color theory. Hundertwasser believed that painting is a religious experience. Opting always for spiritualism over rationalism, he preferred to be viewed as a “magician of vegetation.” In 1954 the artist developed a quasi-mystical philosophy of artistic creation and perception called “Transautomatism” which he later developed into a “Grammar of Vision.” 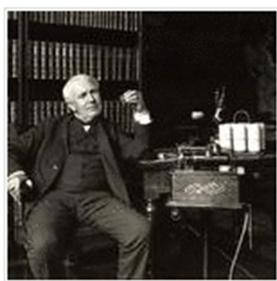 Thomas Edison, scientist, inventor and founder of a Montessori school 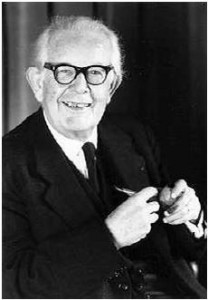 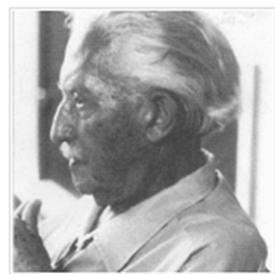 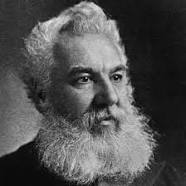 Alexander Graham Bell was an eminent scientist, inventor, engineer and innovator who is credited with inventing the first practical telephone.  Founded two of the first Montessori schools in the U.S. and Canada. 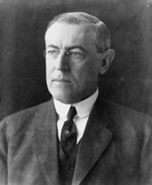 Woodrow Wilson, President of the USA had a Montessori classroom installed in the basement of the Whitehouse during his term of office for staff to send their children to and his daughter trained as a Montessori teacher.  Margaret Wilson was on the committee that brought Dr Montessori to the USA in 1915.